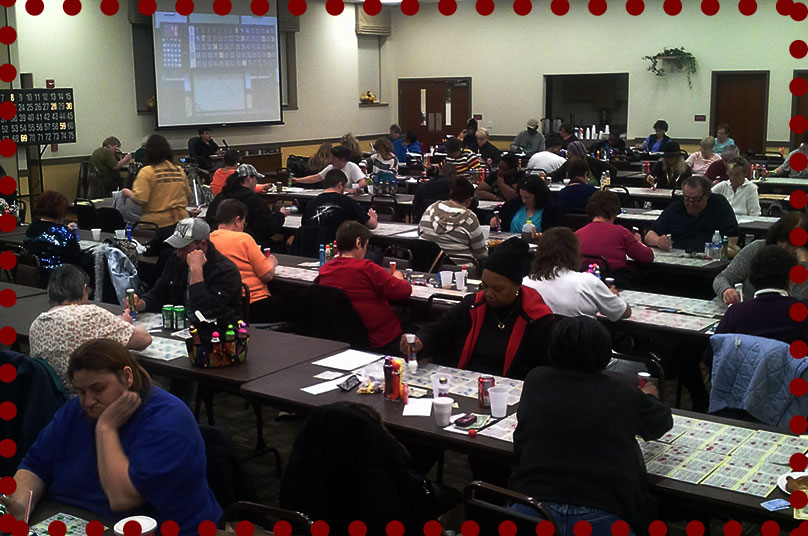 The History of Bingo

The game of bingo can be traced back to a lottery game called "Il Giuoco del Lotto d'Italia" played in Italy in c.1530. By the eighteenth century, the game had matured, and in France, playing cards, tokens, the reading out of numbers had been added to the game. In the nineteenth century, Bingo was widely used in Germany for educational purposes to teach children spelling, animal names, and multiplication tables.

Hugh J. Ward standardized the modern game at carnivals in and around the Pittsburgh and Western Pennsylvania areas in the early 1920s. He went on to copyright "Bingo" and author the rule book on it in 1933.

The game was further popularized when at a traveling carnival near Atlanta in December 1929, toy merchandiser Edwin Lowe noticed how engaged the players were of a Beano game using Ward's rules and dried beans, a rubber stamp, and cardboard sheets. Lowe took the idea with him to 1930's New York where he introduced the game to his friends. He conducted bingo games similar to the ones he had witnessed and Ward had standardized. His friends loved the game. One theory on the origin of the name is that one of his players made bingo history when she was so excited to have won that she yelled out “Bingo” instead of “Beano." However the word was used in Great Britain since the 1770s and had migrated to the Pittsburgh region at least a generation before Lowe's 1930's claim.

The Lowe-produced Bingo Game had two versions; the first a 12-card set for $1.00, the second a $2.00 set with 24 cards. Bingo was a wild success. By the 1940s Bingo games were all over the country. Lowe had many competitors he requested that they pay $1.00 a year to conduct the games and to use the name Bingo.